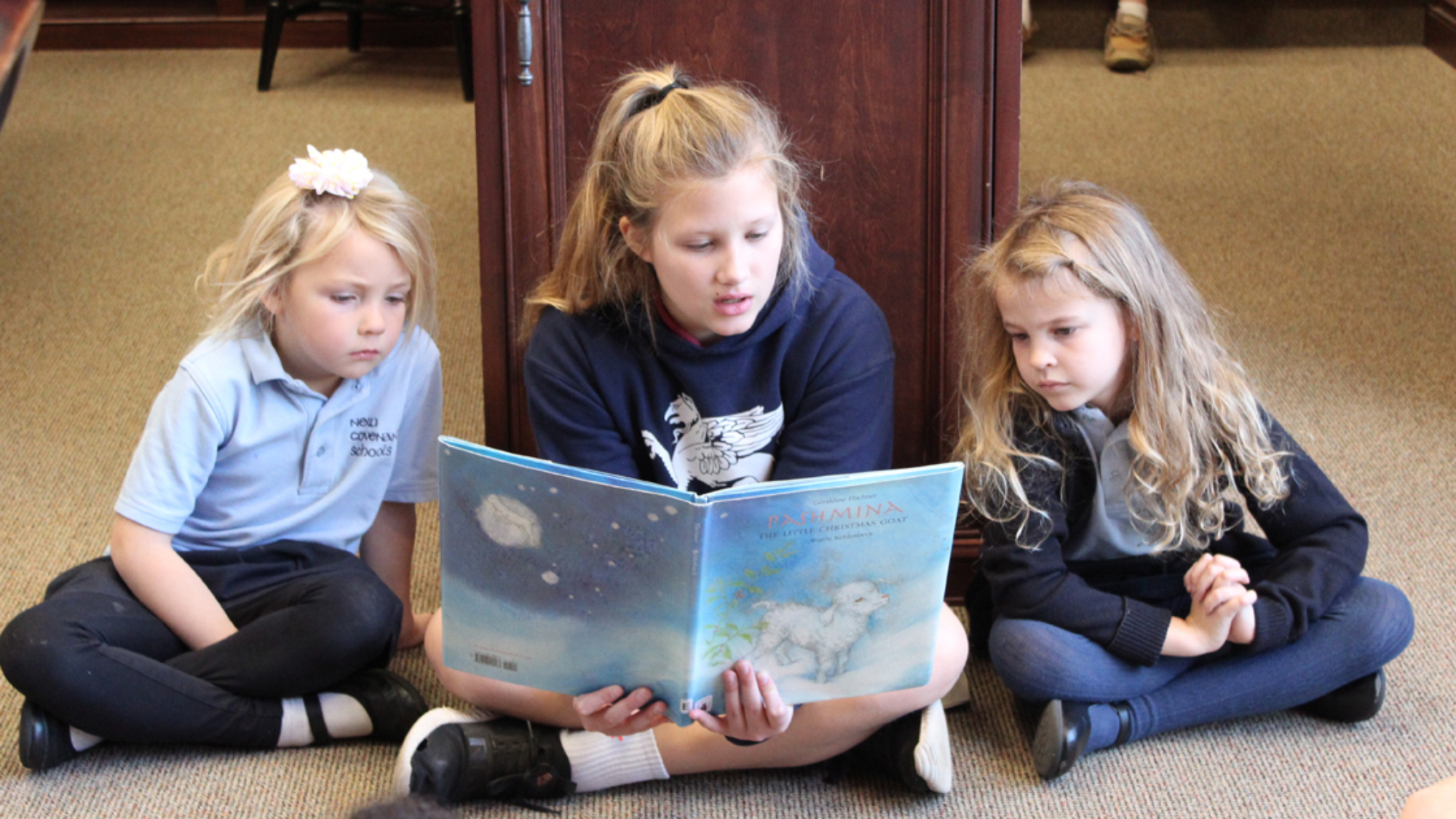 Part 1 of a series by John Heaton, Headmaster

The first thing that comes to mind when I think about Christian education is that I am a product of it. I never attended public schools and I did not attend a public university. That is not to say that I was enrolled in elite college-prep schools. Far from it. The Christian school I attended was founded in 1960 or so, just as the roiling ferment that became the 60s got underway. I was in the first grade in 1968, and my mother, who had suffered a divorce and had recently become a Christian, was horrified by the social rot she saw about her. She determined that I would attend a Christian school.

There were very few options, except for the little school run by the Presbyterian Church that we attended.

We had chapel every day, and memorized Bible verses by the dozens. Other than that, I’m not sure what was distinctly Christian about it. Christian schools in those days were often founded for the wrong reasons—to keep white and black people separated, and for many, “Christian” was an undefined additive that had not been thought through very well. After all, until the early sixties, all schools were “Christian” insofar as prayer was allowed and the Bible was freely read.

After the second world war, my spiritual forebears understood that something was wrong in the culture, and they were correct in their assessment that society would dramatically change, if not unravel in the decades to come. Some of them were visionaries, but few in their generation had thought through the idea of the Christian school. Naturally they were easily branded as reactionary at best, and racist at worst.

Names like C.S. Lewis were not common in Christian circles, and we did not know that Narnia existed. Those were rough years. The cultural ferment that challenged authority shaped a generation of children, and try as they might our parents could not completely shield us from it. From 1965 up through the mid-eighties, it seemed that the dominant paradigm of child development led parents to expect that students would inevitably enter a stage of rebellion against their authority and the moral teaching of the church. Drugs were accessible in my Christian high school, and promiscuity among teens was rampant. Of course, in broader culture, both were considered somewhat normal. Although it sparked outrage, the culture war front at that time centered around the establishment of smoking areas on high school campuses, supported, of course, by their left-wing faculties.

Christian schools were not consumed with education; often their curriculum was a wholesale transfer of what the public school was doing academically. The real agenda, beyond that of race in some cases, was protection from immorality. The project has had mixed results at best. Christian young people, then as now, are statistically indistinguishable from their secular peers on moral behaviors, in spite of what they might actually confess.

Evangelical culture was soaked in this stuff and parents like mine entered those years with a lot of fear. And rightly so. One of my closest friends in high school died before age 21. Drug abuse, divorce, promiscuity, and incarceration affected members of my family and extended family. As a middle-aged man, I realize that our family wasn’t worse than others; it was just so much collateral damage far too common in a large war waged on many fronts.

In the mid-1950s a Presbyterian minister named Francis Shaeffer moved to Europe and had begun a ministry of hospitality and friendship to dislocated dropouts from my generation. He founded and lectured at the L’Abri Institute (French for “The Shelter”), and by the 1970s he had succeeded in popularizing some of the essential claims of the Christian faith, responding to the hard questions posed by so many disillusioned young people. Shaeffer forcefully articulated the idea that there were certain presuppositions—pre-conditions of thought that everyone possessed—which were taken for granted but not always thought through. Diverse ideas—about God, man, creation, the human condition—all contained unarticulated assumptions, which, if taken to their logical ends, led to very different conclusions.

Shaeffer became a popular lecturer and college students in the 70s and 80s discovered him, along with C.S. Lewis and other writers. Through their influence the idea of “Christian Worldview” was born. It was part of the foundational, intellectual firepower that was distinctively lacking in Christian schools which had become legion across the country by 1980. By the time the 80s were over, everyone in Christian education talked about “Christian Worldview,” even those who were not from Shaeffer’s tradition, including Jerry Falwell, who was his personal friend. In fact, the founding of the Moral Majority in 1984 was a direct result of the influence that Shaeffer had on his thinking.

To summarize, Christian education was, in its infancy, a movement largely retreating from society and culture, fueled by fears of losing a generation of Christian children to moral degradation, and by overwhelmingly apocalyptic views of Armageddon. These fears justified a posture that abandoned engagement with broader culture, but which in most cases did not supply a quality education. Christian educators and thinkers would have to find a firmer footing for the Christian school, both intellectually and religiously. I’ll explore that in the next edition of Quid Novi.