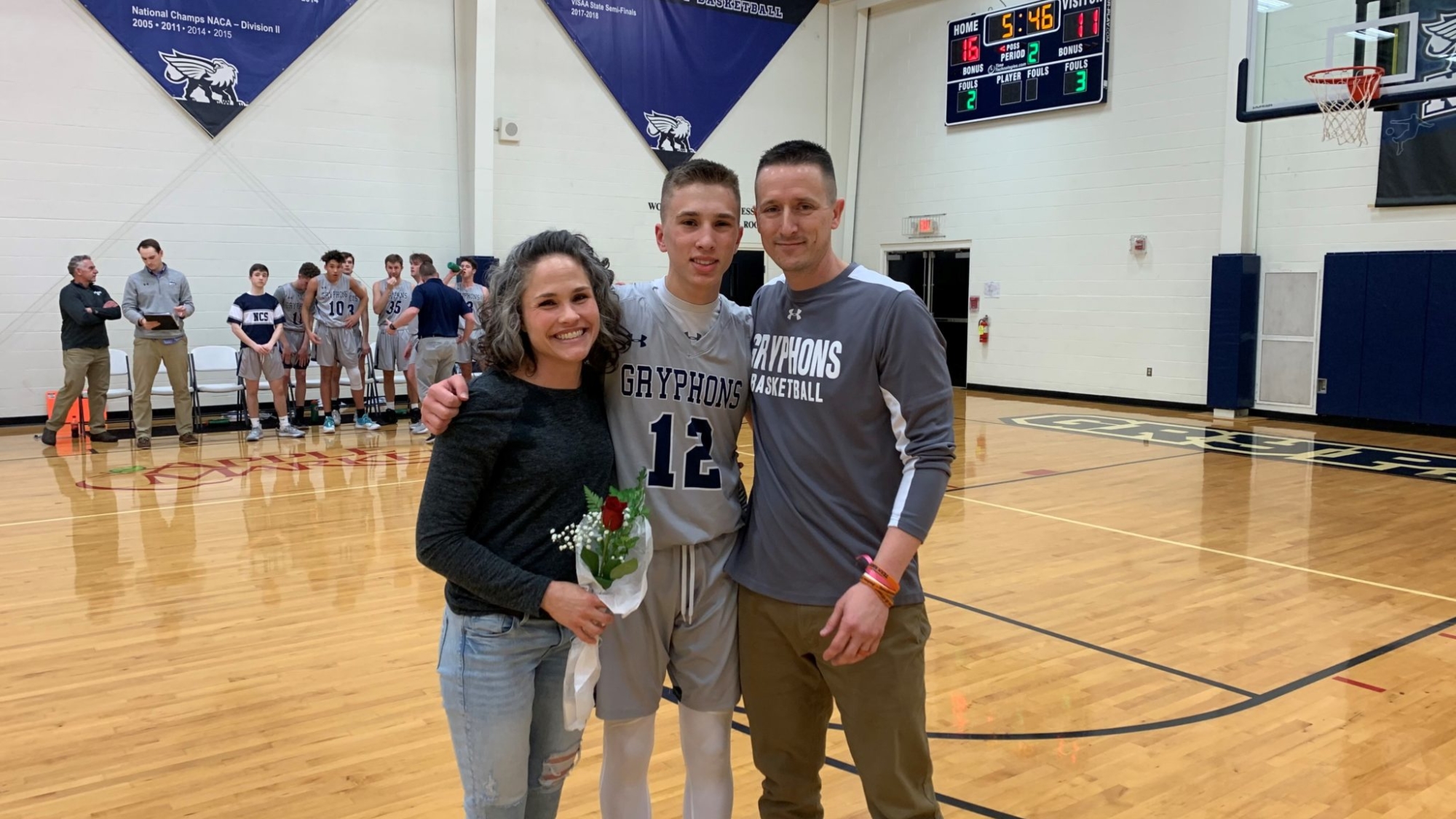 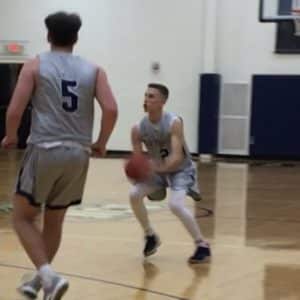 New Covenant junior, Jadon Walker, joined the ranks of an exclusive club on Friday, February 15, scoring his 1,000th career point in a game against Timberlake Christian School. Jadon entered the game with 997 points in varsity matches, and, in the first quarter, stepped back from the arc on his first shot of the evening to swish a three-pointer. He is the second New Covenant athlete to achieve this record, following Drew Bowman (class of 2019) who scored a career high of 1,094 points. With another year of eligibility, and averaging over 20 points per game, Jadon is on track to set a school record next year.
This season Jadon was the leading scorer in the Virginia Independent School Conference (VIC). He was named to the All Conference First Team, another notable achievement.
Jadon is pictured (left) with his mom and dad, Buck and Jesse Walker, who have six children enrolled at New Covenant. Buck currently serves as the Assistant Coach for the Women’s Varsity basketball team, which competed as a finalist last Saturday at Roanoke College for the Blue Ridge Conference championship finals. The Lady Gryphons defeated Easter Menonite and Roanoke Catholic to advance to the championship game. They lost to Miller School (60-28).