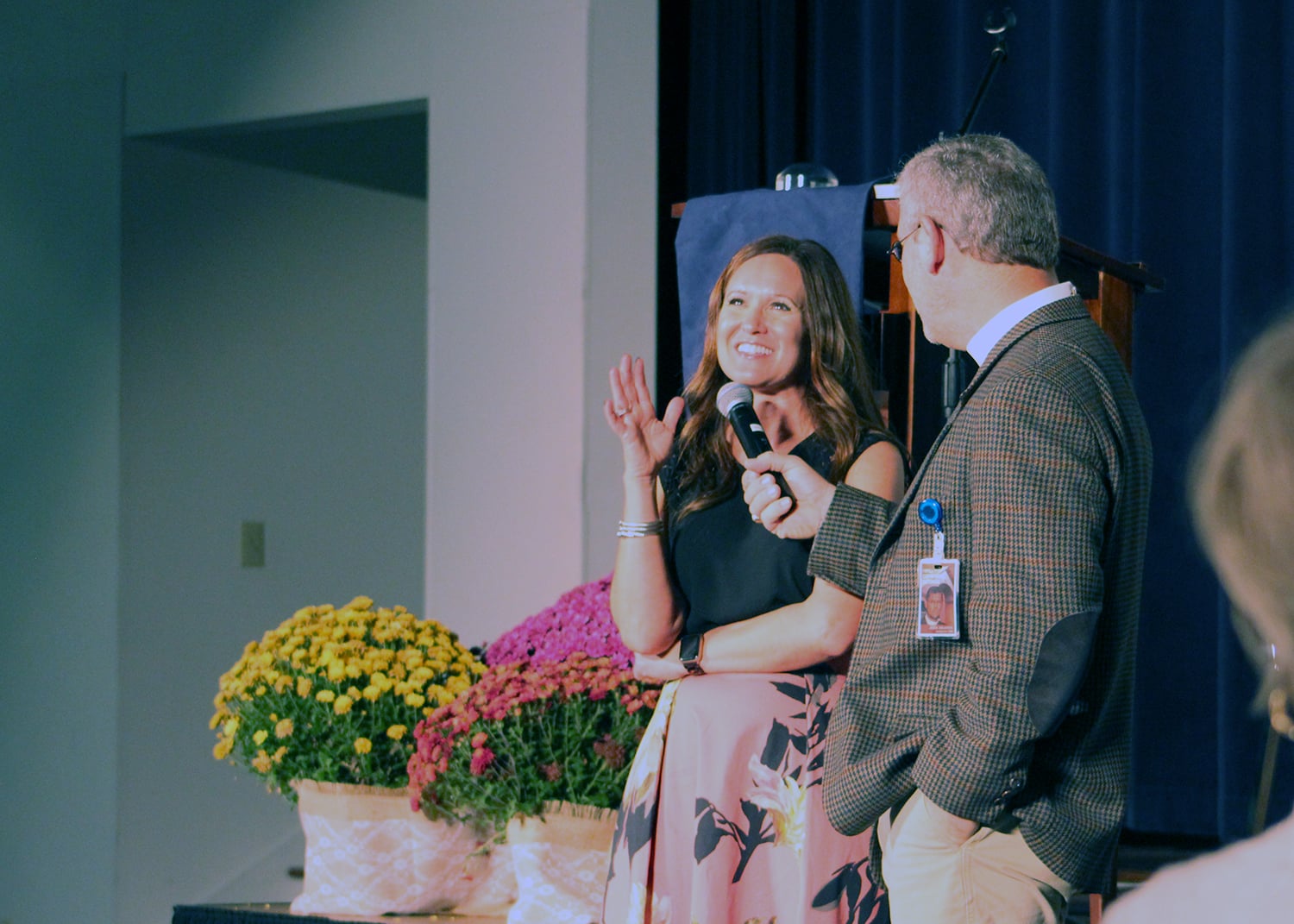 Three Ingredients For Success In School

I have watched hundreds of young people walk the halls of New Covenant from kindergarten to graduation. They move on to the next chapter of their lives ready, I hope, to succeed at their next endeavor. Listening to Dr. Tamara Long, our guest last week at the Community Lecture Series, I was struck by her explanation of three unlikely qualities that are powerfully associated with success.

The first quality she described was “grit.” Working from research by Angela Duckworth, a Harvard graduate and professor at the University of Pennsylvania, Dr. Long helped us understand that success is not necessarily linked to talent, IQ, or social intelligence. Instead, it correlates strongly to what she calls grit. Grit is a non-cognitive trait, a blend of passion and perseverance that sustains a student over the long term. It’s the determination to stick with a hard task over time, not just the ability to respond to an occasional challenge.

Duckworth studied students in Ivy League universities, West Point Military Academy and even the participants in the National Spelling Bee. Her research was able to predict which students would be higher performing, who would achieve the degree, and who would drop out. She produced empirical evidence for the conclusion that grit was a better predictor of success than intellectual talent.

Grit is developed in part by helping a student achieve a growth mindset. Our ability to learn is not fixed, meaning that when we experience a difficulty or failure at a given point (think: middle school Latin) we should not view the struggle to learn as a permanent state. We should not think that because students don’t get it the first time that they won’t ever get it. Students who struggle more than others need to know that the brain grows in response to challenge. It might not result in moving a grade from “C” to an “A,” but the long-term benefits serve the student well as they encounter new problems in the future.
On a related note Dr. Long went on to explain the importance of the role that failure can play in a student’s experience. “Fail early and fail often,” was the quote I wrote in my notes. As a university administrator, Dr. Long has worked with thousands of students helping them navigate the immense changes that come to a young adult transitioning from high school to college. She shared that many of them have not been served well in middle or high school because they were intelligent enough to figure out the tests or get by without ever experiencing real academic challenge – in short, many of them have never failed.
Once they arrive at the university, otherwise intelligent students encounter failure for the first time in their lives, just when the stakes have been raised much higher. Dr. Long advocates that the K-12 school environment should carefully and compassionately – but most of all, intentionally – teach into those moments which students are challenged and use it to strengthen a child.

We do not desire for children to become discouraged and frustrated when they struggle. The school, therefore, should be a safe space, where struggle is acknowledged, supported, and eventually overcome. Compassionate, supportive teachers and parents must be aware that, handled properly, failure can lead to growth that makes a student gritty.

Finally, Dr. Long encouraged us to practice mindfulness. Human beings are creatures of habits and routines. We seek efficiency in our work so that we are more productive or have more time for other things we want to do. Mindfulness, however, is the intentional habit of slowing down, reflecting on something that has happened in our day and breaking it down. As we think through the pieces that comprise a whole event, a test, an encounter with a friend, or a game we played, we are encouraged to talk about how we felt, what it could mean, and what we might learn.
One of the very best ways to practice mindfulness is to use a journal. The slow process of writing out thoughts makes one reflective. The physicality of using the hand to transfer ideas from mind to paper creates the space for one to gain insight into a deeper understanding of an experience. This is one reason we require older students to journal in a commonplace book and to write essays on tests. The test itself is a learning instrument in which the student processes information in a reflective manner.

Grit, failure, and mindfulness are three ingredients to success. By itself intellectual ability is not necessarily the only key for doing well in school or in life.