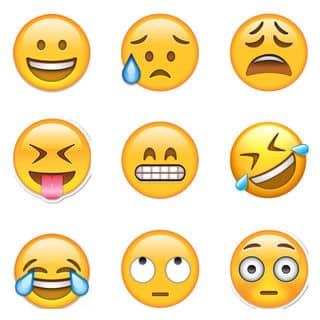 We often teach our children things that we don’t intend.   In the previous article in this series, we examined the first “Untruth” we unconsciously teach -that children are fragile.  We noted that, rather than benefitting from being protected or rescued from the stresses of life, children actually grow stronger if they are required to manage and cope with some difficulties.

The second great “Untruth” is that feelings are not only compelling, but that they are also reliable.  This untruth is really not new, but it seems to be more strongly believed in this generation. As the iGen student (b. 1995-2103) began to head to college in the early teens, sociologists and professionals in higher education began to see a remarkable shift in student attitudes, chiefly in the area of emotions. To say that college students today are highly sensitive and even socially immature is an understatement.  Universities are spending millions of dollars into the creation of “safe spaces” and making huge accommodations in response to student demands that they be safe.

Safe from what?  Safe from microagression, emotional distress and the disturbance caused by utterances of people who are different than themselves, or who may disagree with them. The term “microaggression” was coined and defined by Derald Wing Sue (Columbia University) as “brief and commonplace daily, verbal, behavioral, or environmental indignities, whether intentional or unintentional, that communicate hostile, derogatory, or negative racial slights and insults toward people of color.” Originally this term applied to race, but it quickly came to characterize interactions across the social spectrum.

These microagressions are judged not the by the intent of the speaker or actor, but by the impact upon the aggrieved person.  Impact trumps intent.  In this world the emerging social etiquette requires that such “hostilities” are punishable.  Most importantly, emotional impacts are now equated with physical aggression. In this world the potential for “offense-taking” is virtually unlimited.

When this approach to human interaction is in play, students construe the actions of others in the least charitable way.  This is exactly opposite to the Christian requirement of the ninth commandment to tell the truth, protect our neighbor’s good name, and to accept his speech charitably.  The biblical proverb sums it up:  “It is the glory of a man to overlook a transgression.”

When we are habituated in reading our neighbors’ actions only in the light of how we feel, (impact over intent) we run the risk of distorting reality.  We cut ourselves off from working through conflict, and we create the possibility of endless and unresolved conflict. This is devasting to a classroom and to the school community as a whole.  A student may get in the car after school and reel off the things he remembers about his school day: “So and so was mean to me today.”  As the story unfolds, the student may lack the awareness and vocabulary to relate all the facts, but gives a convincing account of how he or she feels.

At this point it is vital that parents listen empathetically without taking on the emotions and offenses the child feels.  In order to help, it’s important for a parent to stay on solid ground rather than stepping out onto the emotional “swinging bridge” with the student.  From a stable perspective, a parent can ask questions, probe for details, and suggest other possible scenarios that might explain what took place.  A final course of action is to call the teacher and ask more questions.  It is often the case that a student is telling the truth; he is not attempting to deceive anyone.   But he is really giving an account of how he feels, which is may be very different from what actually happened.

It requires a wise and patient parent to realize that grammar, middle and even high school students will favor impact over intent which escalates conflict.  St. Paul taught us that “God has called us to peace,” meaning that we should resolve conflicts and wounded spirits quickly.  I have taken many phone calls from concerned parents who, after relating their child’s story of conflict, will then add, “…and this has been going on for months!”  That should never be the case.  We believe that a healthy community should maintain open communication for the resolution of conflict and teach children that the facts of an event are a different matter than the feelings they are experiencing.