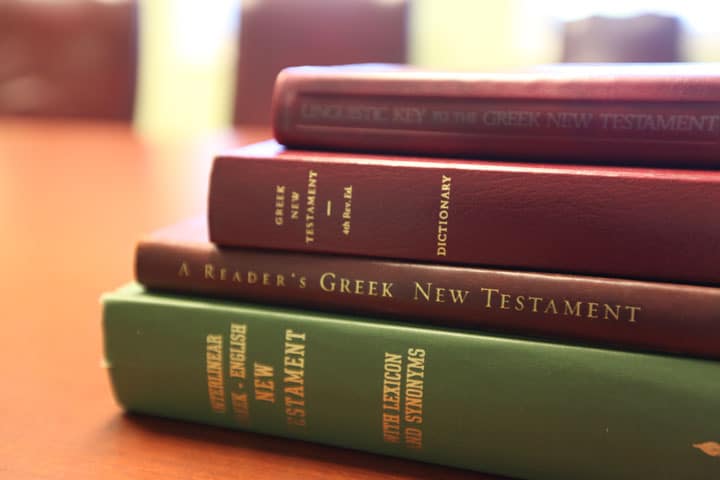 Because of our own language’s profound debt to the Latin, the young student of Latin can begin to “translate” English, often without the need of a dictionary. A working knowledge of simple Latin roots, prefixes, and suffixes, will enable a 13-year old student to ascertain the meaning of many “million-dollar” English words without ever consulting a reference. 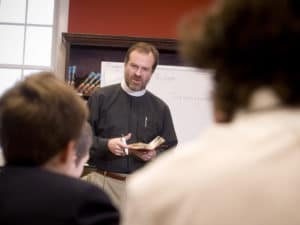 But far more than any practical application, it is the process of learning grammar and translating that has enshrined Latin as a pillar of classical education. Rather than spout statistics proving that Latin comes in handy on the SAT’s, there are three less practical reasons for the study of Latin.

First, what Latin does to the student is more important than what the student does with Latin. To be sure, language is a means of communication. In early education the classical educator is not so much concerned with the student’s ability to communicate ideas, but rather with his capacity to receive them. In fact, we are convinced that the latter must precede the former. Make no mistake, our students are having no difficulty in expressing themselves – this is the information age. Instant messaging, blogs, cell phones, FaceBook, you name it – our students are expressing themselves in quite a variety of ways.

Language is, in addition to being a tool of communication, the mechanism that drives thought; as the scope and depth of our language shrivels, our capacity for deep and significant thought suffers accordingly.

What we are interested in is not mere self-expression, but a well-informed, thoughtful, and eloquent student. The student of rhetoric cannot speak well until he has first learned to listen well. It is the “listening” rather than the “communicating” nature of Latin study that makes it so valuable within the classical curriculum. One learns Latin, not to speak with Cicero or with Augustine, but to sit at their feet, to receive and understand their thoughts. Because of conversational emphasis, the study of a modern language falls somewhat short of this “receptive ideal.”

If language is the mechanism of thought, translation is thought itself. The student is presented with a thought contained in a puzzle; he extracts the meaning, and then reinterprets and represents the thought. This can be a difficult process, but only in this way may the student learn to “own” ideas. Either while here, or afterwards at university, any subject to which the student applies himself can be conceived of as a text. The earlier we foster this receptivity in the student, the easier it becomes for him to translate any “discipline-text” at later, more crucial stages of intellectual development. In the study of chemistry, for example, one must first master the language of elements, and the grammar of chemical geometry; only after years of internalizing chemical mechanics, “translating” complex reactions, can the student presume to undertake chemical engineering.

In addition to being so useless and difficult, then, Latin has the additional advantage of being old. If the primary intention of studying Latin is not what is translated, but the act of translation itself, then it is a secondary benefit of Latin that its texts are of great intellectual value. If the student bears through the slow, agonizing years of mastering Latin grammar, he is presented with the opportunity to practice the newly-acquired art of translation on the philosophy of Cicero, the history of Caesar, and the sublime poetry of Vergil. This provides an exciting contact with the ancient world; the world into which Christianity was born, a world which it conquered and eventually adopted. 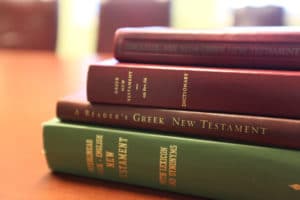 It is typically only after the student has mastered the process and receptive attitude of translation that we engage the primary texts of the Christian faith in the original language. The relative complexity of Greek grammar nearly requires a previous study of Latin, and the act of translating God’s Word carries with it more weight and responsibility than the student’s previous linguistic education.

It is the attitude of translation, rather than expression, which we find so alluring in Latin and Greek studies. We hope that, in whatever language or medium a thought confronts a student (a political debate, a newspaper article, a poem, or a television commercial) his study of Latin and Greek will provide the tools of thought necessary to discern clearly the meaning of the text, and to articulate a proper response.

PrevPreviousThe Challenge of a Secular Age
NextThinking About Critical ThinkingNext