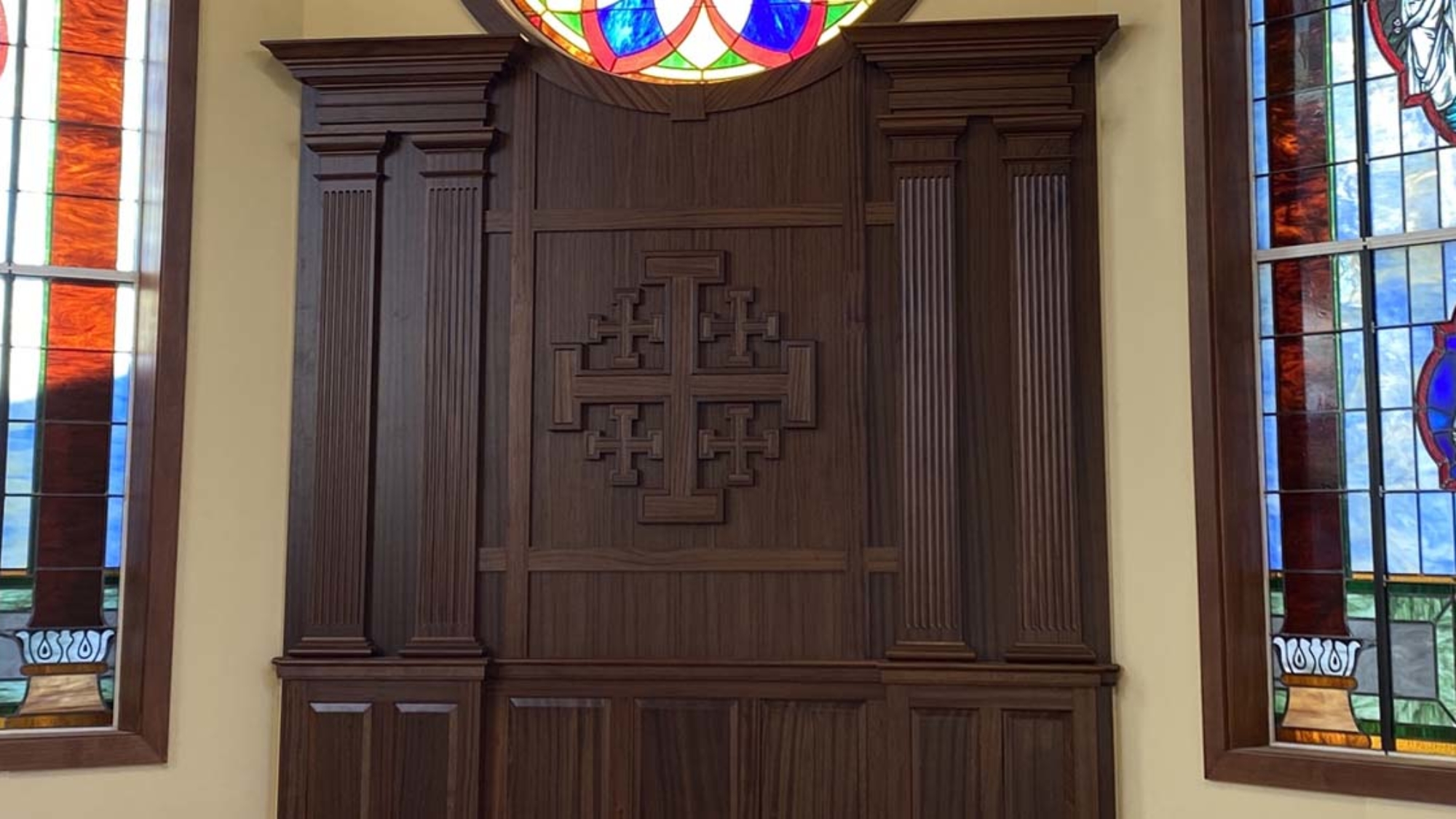 Little known to most people, even many students of the Bible, are the men and women who were engaged in the construction of the very first House for God in human history. It may have escaped our notice, but the later chapters of the biblical book of Exodus describe in detail the blueprints and the construction of a “tabernacle” through which God would draw near to his people, and dwell among them.

This part of the Bible is obscure to many, so it’s no surprise that there are two important characters, perhaps long-forgotten, who were intimately involved in the design and construction of the project. Their names are Bezalel and Oholiab, and they are first mentioned in Exodus 31. These two men were the lead architects, designers and craftsmen who oversaw the construction of this amazing structure.

The LORD said to Moses, “See, I have called by name Bezalel…of the tribe of Judah, and I have filled him with the Spirit of God, with ability and intelligence, with knowledge and all craftsmanship, to devise artistic designs, to work in gold, silver, and bronze, in cutting stones for setting, and in carving wood, to work in every craft. And behold, I have appointed with him Oholiab…of the tribe of Dan. (Exodus 31:1-6)

I find it remarkable that these two men are the first persons whom the Scriptures indicate were “filled with the Spirit of God.” That’s right, great as Moses was, this particular attribute is never ascribed to him or anyone else. These two rather forgotten men, however, were divinely gifted so that they could execute the craftsmanship required for a sacred structure. No doubt, as former slaves in Egypt, building the magnificent ancient cities of Pithom and Raamses, they had plenty of years of skill development and know-how. It is also likely that they were well-known to both the Hebrews and the Egyptians.

As I have watched the process of our chapel expansion, from its design phase to its completion, I have thought about these two ancient craftsmen. I can’t help but make comparisons as I have watched our own skilled artisans at work, sometimes pondering a problem and working through it to perfection, or making a design adjustment on the fly. Not having those gifts myself, I am fascinated by their knowledge and ability. I am humbled by their skill, and inspired by their diligence. I routinely talk to those who are working on site, and I have the sense that for most of them this has been a unique experience. They have built many things, mostly homes, offices or shops for others—but never a home for God, and never one quite like this. By the care they have demonstrated in their work, and the things they have said to me, it is clear that they are aware that this project has claimed their very best. And they have delivered, such that one might think that God’s own Spirit has been at work.

It is often assumed that a classical, Christian education, focused as it is on the liberal arts, might tend to exclude the practical arts, like building and artisanship. Not so. Attention to truth, goodness, and beauty—the hallmarks of such an education—are not the exclusive property those privileged to receive it. The skill of a brick mason, a carpenter, or a surgeon can also express the highest ideals for which we strive in the classroom. I would highly recommend that students consider the trades as a worthy pursuit for a lifelong vocation.

Thus, as the week opens, the first phase of the Permanent Things Campaign will come to fruition as we finish the expansion of the school’s chapel. Thursday is “move-in” day, and our crews are putting the finishing touches on floors, paint and appointments. This Friday will see the first student chapel services in the renovated space. A consecration service will take place Sunday at 9:00 am, followed by an Open House on Monday at 6:00 p.m. I hope that you will take one of these opportunities to explore this beautiful addition to the community.