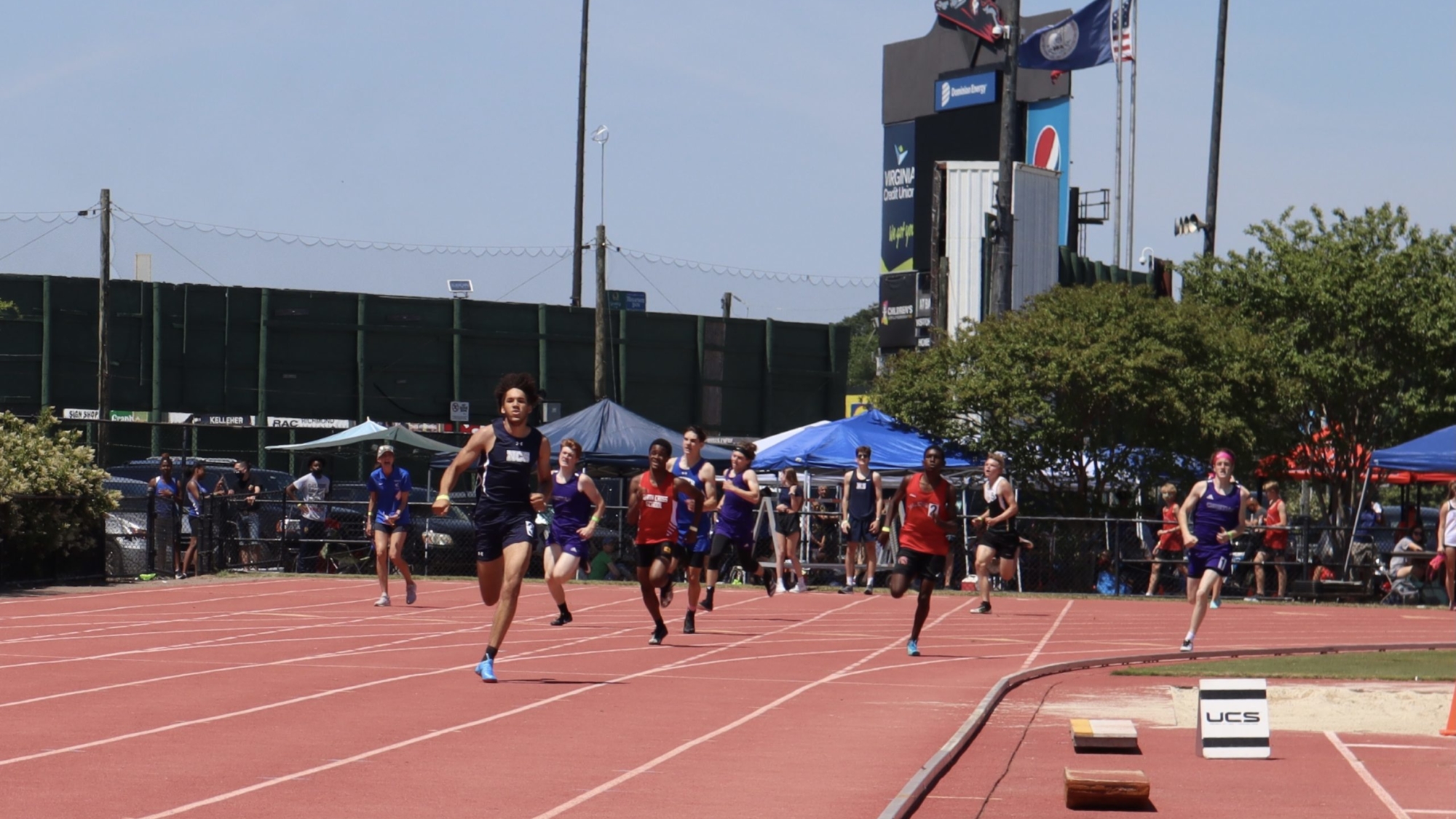 On Friday, May 21, our men’s and women’s track team competed in the state tournament of the Virginia Independent School Athletic Association (VISAA). The meet was held in Richmond on the campus of Virginia Commonwealth University and hundreds of track and field athletes were in attendance to compete. In order to participate New Covenant students had to qualify in previous meets during the spring. Of course, COVID curtailed the number of meets that were held this spring; nevertheless, our athletes were entered into a
number races and events.

The team celebrated a first in New Covenant history as Thad Heaton, who qualified for three events, took first place in the 400m race in a crowded field in which he was the third seed. His time was 51.19 seconds, smashing the school record (which he holds) and his personal best time by two whole seconds. It was clear down the back stretch that Thad was surging through the field, and by turn 3 he was out front by a stride. By the time he was through turn 4 and coming down the stretch, he ran away from the field and won by more than two seconds.

This was an exciting conclusion to a school year in which New Covenant’s women’s basketball played in the state’s championship game; women’s soccer went to the state tournament for the first time in school history; women’s track took runner-up in the BRC championship; men’s lacrosse participated in the VIC tournament playoffs; and Luke Libbey took second place in the VISAA state golf championship, shooting a 67. We congratulate all of our athletes and thank our coaches for an outstanding year in sports.