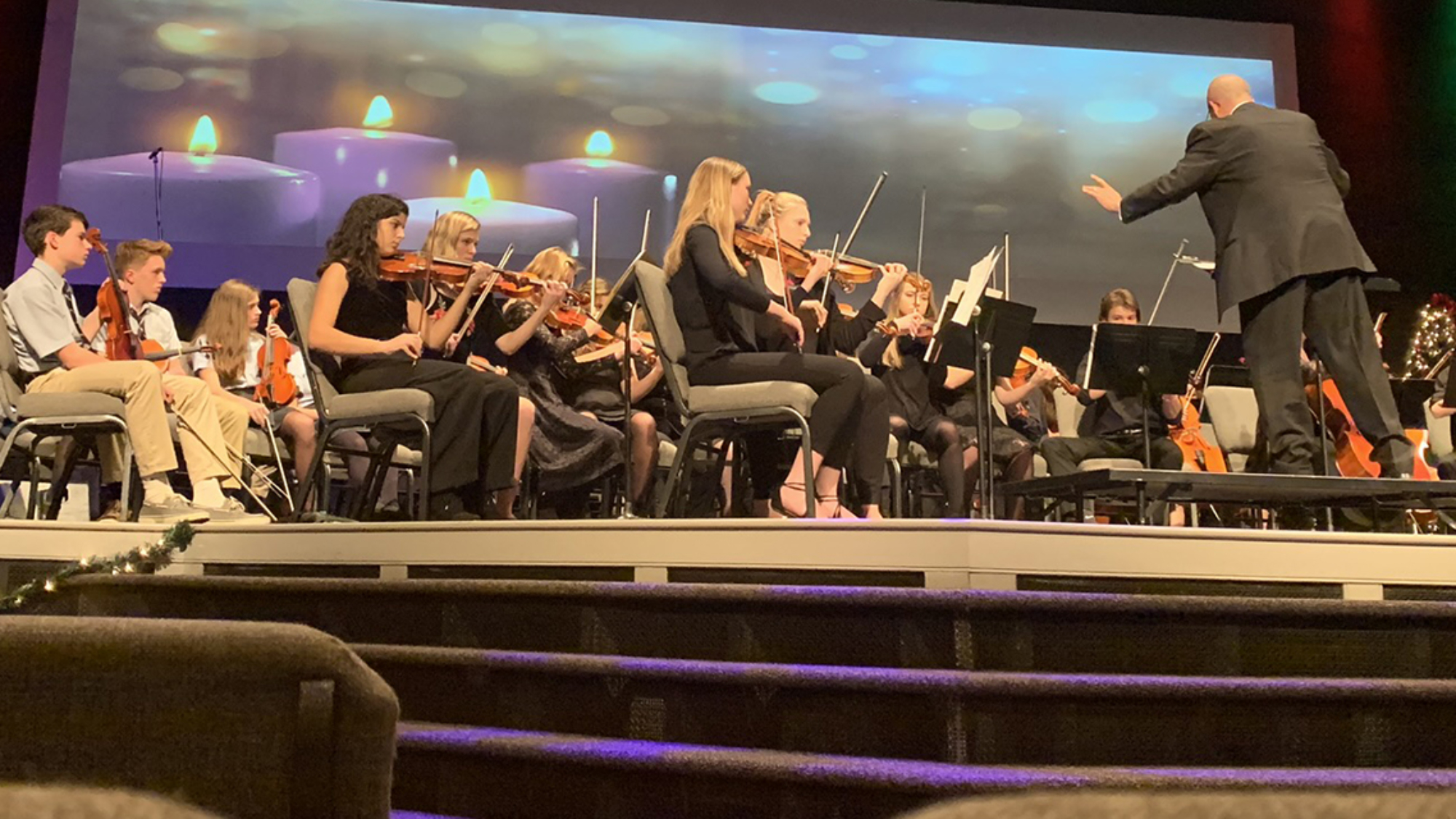 One of New Covenant’s signature events, the Service of Nine Lessons and Carols, is only weeks away! On Thursday, Dec. 10, we will gather1 at Hyland Heights Baptist Church at 7pm to celebrate the birth of our Lord. This year has been challenging for all in our school family, but we have been blessed by God’s merciful care along the way. This service is the perfect way for our whole community to join together in worship and praise for all that we have received at God’s hands.

Lessons and Carols has become synonymous with Christmas for many people in the English-speaking world. Here in our community after a particularly beautiful performance, I was greeting guests and an older woman introduced herself as a visitor who didn’t have any connection to the school. She said, “I just love this service! I’m not even Episcopalian! It just isn’t Christmas until I’ve been to Lessons and Carols!” Of course, she was exactly right. The service combines our favorite songs with the greatest story ever told. It speaks to us of a simpler age, when the world seemed a bit smaller, and life didn’t move at such frantic speed.

The service, however, is actually not all that old, especially within the 2000-year-long story of Christianity. It began when the newly consecrated Bishop of Truro, in Cornwall, England, Edward Benson, was trying to think of ways to keep the men of the town out of the pubs before the first Christmas Communion service at midnight. It was an inauspicious beginning with a congregation meeting in a thrown-together wooden building alongside the ancient stone cathedral that was being renovated. The service was popular, but really took off when the choir of King’s College, Cambridge offered the service in its historic chapel in 1918 in celebration of the end of the first world war. The very next year King’s Choir began the service singing “Once in Royal David’s City” and that has become a permanent introduction to the service.

The Nine Lessons that we use today are the same ones that King’s Chaplain Eric Milner-White chose that first performance in 1918. Beginning in the book Genesis we hear how the merciful Creator would not let his beautiful world be destroyed by human rebellion but promised that he would send a Son to defeat the Serpent. Abraham responded in faith to God’s test, agreeing to sacrifice his son on the mountain. Again, God showed himself active in redeeming the world through sending a son. Again and again we hear how God promised to forgive and rescue his wayward people Israel when he sent their long-expected king, the Messiah. But the greatest mystery is reserved to the end: that the one who would save Israel was none other than God himself, the Son who has made the Father known to the world that he loved so much.

This year our service will feature performances from the School of Rhetoric choir, band and orchestra. Our middle school students were unable to prepare due to mitigations associated with COVID. Regardless, we invite our entire community to join together for a worship service like none other. Even if you do not have a student performing in the musical ensembles on stage, come and add your voices as we sing carols, say the prayers, and hear again what God has done for us in the birth of his Son.

1 The Governor’s recent order continues to permit church services and religious practice. This service is sponsored by our affiliate parish, All Saints Church and will be held at Hyland Heights Baptist Church. The church is spacious with ample accommodation for social distancing. Participants will also be socially distanced on the very large stage afforded by this venue.